Some time ago I have taken you to a renown factory of Swiss chocolate. Today, I will take you to a small workshop where you will be able to discover once more the magic of chocolate. As you probably remember, the cocoa beans were first discovered by the Olmecs and then grown by Aztecs and Mayas. The drink made of crashed cocoa seeds and water was used in the most important religious rituals. The seeds themselves were also a form of currency. 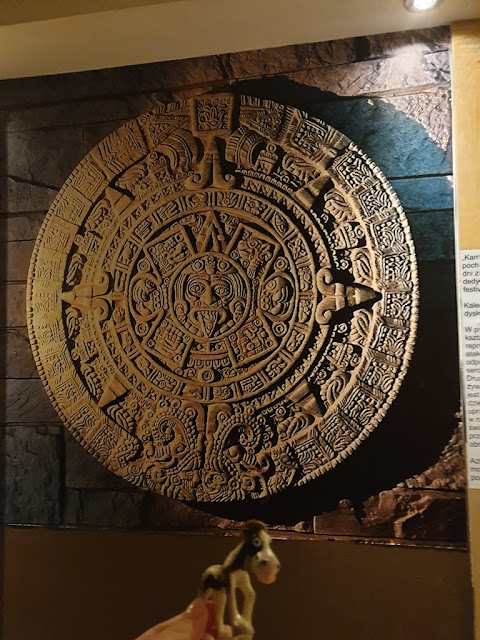 Christopher Columbus came across cocoa beans during his journeys to America at the dawn of the sixteenth century. But it was Hernán Cortés who has first imported them to the Old Continent in 1528, together with a recipe for a drink that was for sure not as tasty as the one we would have today in a nice cafe. 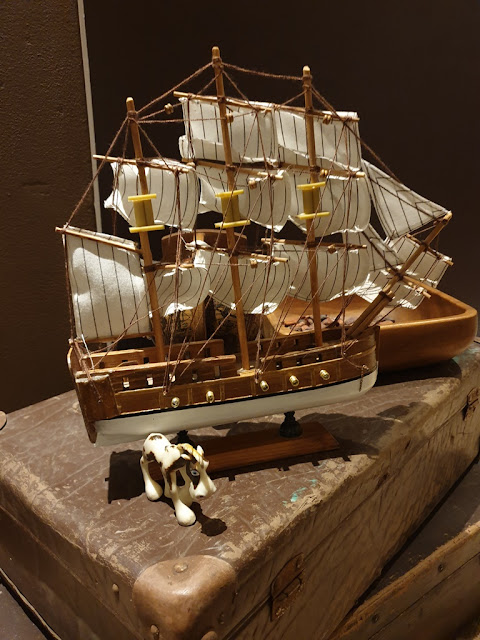 The first chocolate factory has been opened in Spain in 1580 but it was only in 1679, in the court of le Roi Soleil, Louis XIV, that the first pralines are made. In 1828 a Dutch chemist Coenraad van Houten develops a process for separating fat from coca beans. 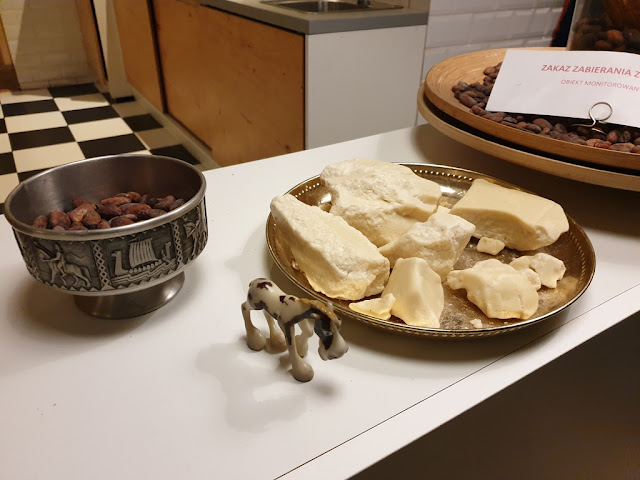 The first bar of chocolate was made in England in 1846 but it was Rodolphe Lindt in Switzerland that has revolutionised the process of making chocolate in 1879 by inventing the conching, a process that gives to the chocolate more taste.

But before we come to that, the coca beans have to be harvested from the treas. The beans are large and orange, each of them contains around 40 to 50 grains. 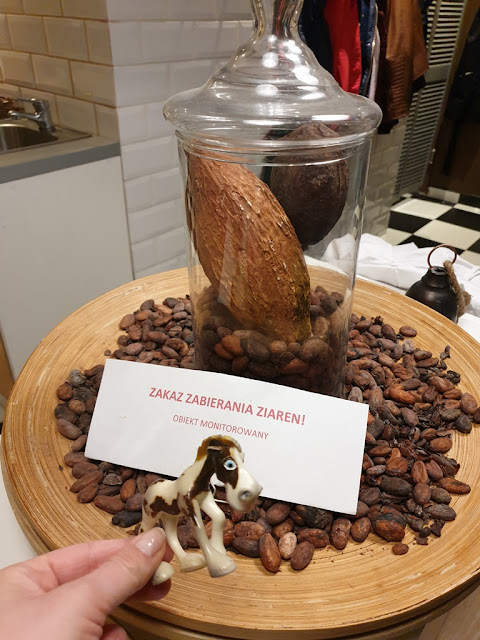 The harvest is followed by a week of fermentation during which the grains are recovered with banana leaves. The fermentation brings out the flavour and the colour. Then the grains are selected and the best ones are roasted to remove the excess of water and release the aroma. 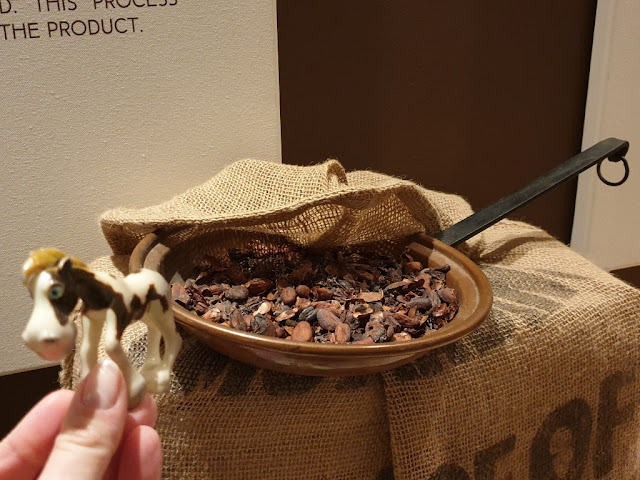 The roasted grains are then crushed. The hard shells are removed and the soft kernels form the cocoa maze. The cocoa maze is mixed with sugar, milk and other components, that is placed in the conche. The journey from the cocoa tree to the chocolate bar is long and winding. 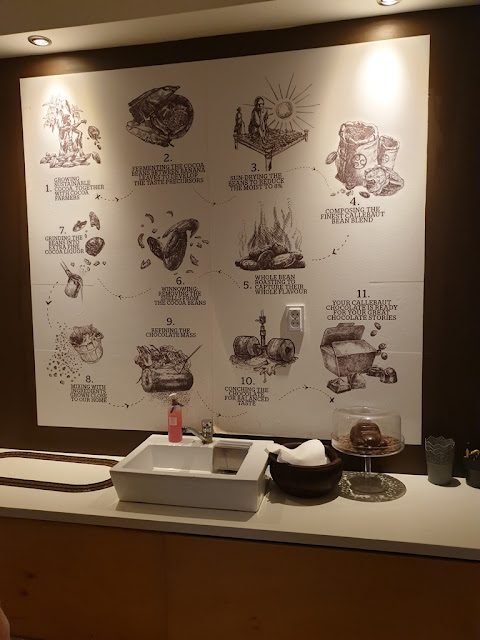 When your chocolate is ready, all you need is to think about your favourite add-ons. Fruits? Chocolate pills? Nuts? And why not all? 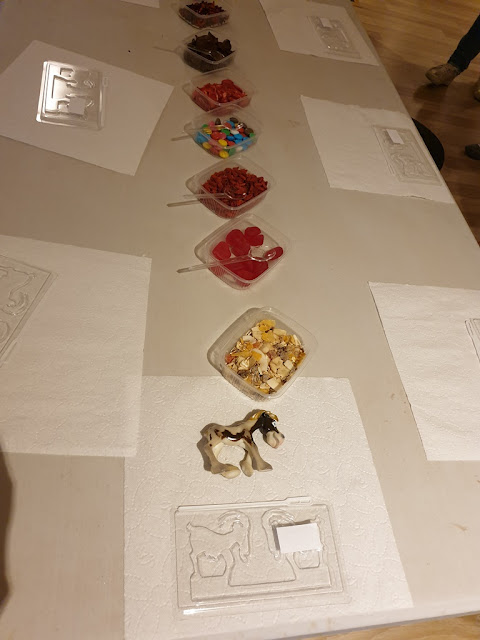 First, we need to pour the chocolate into the mould. Not to warm but still warm enough to be liquid. 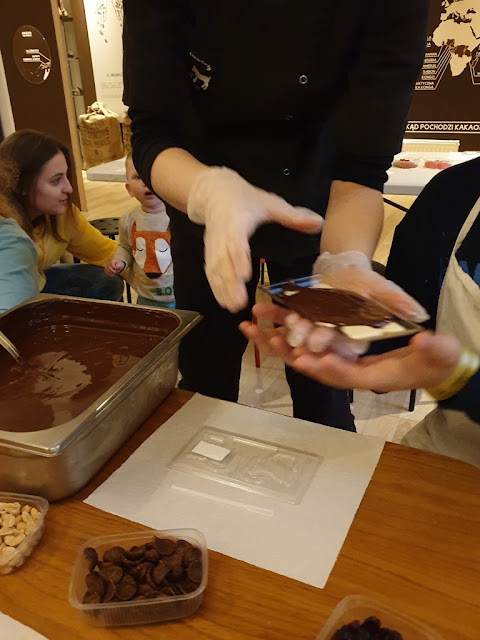 Then simply drop all those mouth-watering additions. 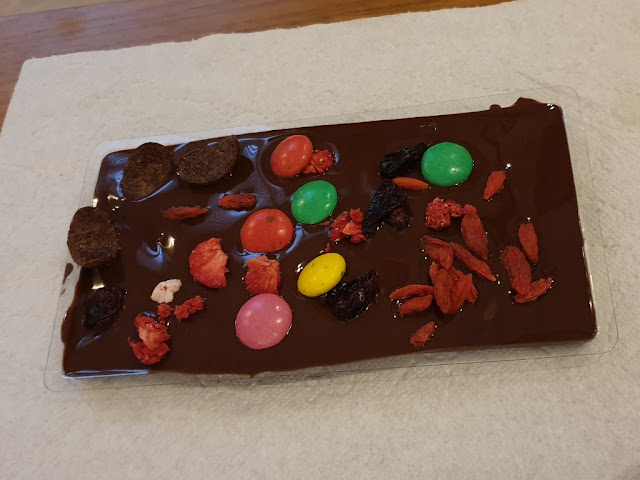 Now our chocolate needs some winter vacation in a cool fridge. And finally it is done - the best chocolate ever. The one that we have made ourselves! 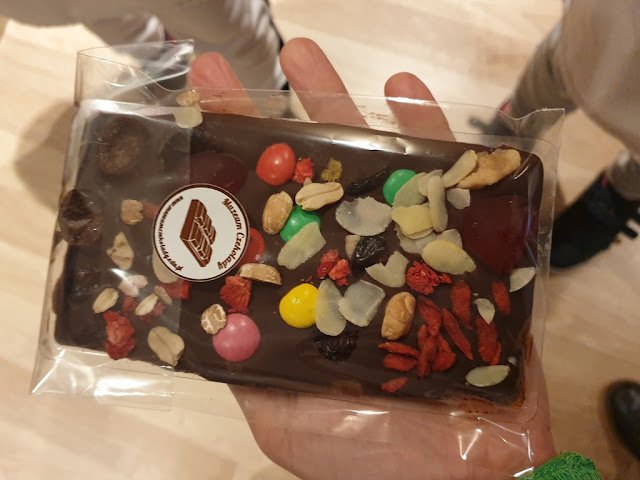 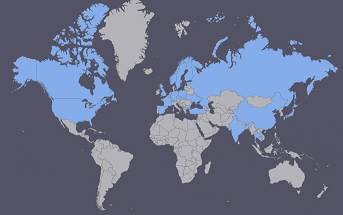